If you’ve ever heard people in church bandying about the word “missional,” you can blame Lesslie Newbigin. A missionary to India, he retired to his homeland of England only to find that the homeland had become post-Christian and in as much need of hearing about the Christian faith as the people to whom he had gone three decades before.

Catching hold of a missional vision is not as easy as it sounds. But a compelling, if daunting, picture of this way of life is captured in the story of William Wilberforce. 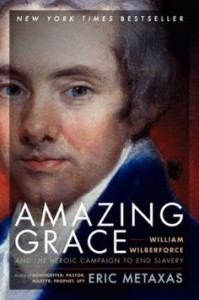 While Amazing Grace, by Eric Metaxas, dances the line between history and hagiography (sometimes doing a hokie-pokie like “put your right foot in, take your right foot out” sort of maneuver) it also provides a thoroughgoing case study on the question: What might happen if you don’t leave?

Wilberforce had been exposed to Christian teaching as a child, much to the chagrin of his mother, who saw to it that his Methodist relatives’ influence was stymied as quickly as possible. Throughout his university studies and the early years of his career Christianity was the farthest thing from his mind.

Through a combination of a tremendous natural gifting in oratory and some rather cheeky ambition Wilberforce wound up with a powerful seat in Parliament. He was 24.

It was then that he started to inch toward Christian conviction. And it was a little over a year before he fully embrace Christian faith. It was a change that raised the specter of his leaving Parliament and pursuing what might have been considered a more holy calling. Why not use those extraordinary gifts of oratory to build a church rather than a nation?

But Wilberforce got some good advice. From his friend, William Pitt, the Prime Minister, he received a letter shortly after his conversion.

But forgive me if I cannot help expressing my fear that you are nevertheless deluding yourself into principles which have too much tendency to counteract your own object, and to render your virtues and your talents useless both to yourself and mankind… If a Christian may act in the several relations of life, must he seclude himself for all to become so? Surely the principles as well as the practices of Christianity are simple, and lead not to meditation only but to action.

Wilberforce had withdrawn, unsure of how to meld his new faith with the life he had been living. And his friend attempted to draw him out. What sort of “action” might the Christian faith hold for him? “Don’t render your virtues and your talents useless!” A great and wise warning.

On this score it was probably the advice of John Newton, former slave trader and author of the hymn “Amazing Grace,” that helped Wilberforce see that he could stay the course in Parliament and discover his calling there. (Although on this point Metaxas doesn’t offer any evidence other than asserting that Newton didn’t tell Wilberforce to hang it up and start preaching.)

The short version of the story is that Wilberforce would soon set his position, and influence, and skill as an orator and statesman to two overriding objects of concern, including the abolition of the slave trade and then of slavery itself. This work would consume him for decades before he was finally successful.

The Importance of a Good Story

We need good stories to shape our imaginations. 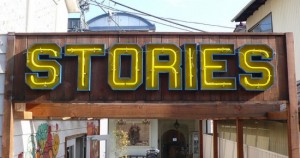 For many of us, the Christian story we have heard is fairly limited: Jesus came to die on the cross so that God could forgive our sins. With such a limited story in mind it is hard to imagine what being Christian in the workplace might mean beyond earning the chance to have an evangelistic conversation with someone.

A friend who works in the area of Christian leadership called this the trap of the three E’s: ethics, excellence, evangelism. Yes, ethics are important (and too often overlooked by Christians in all fields), as is excellence in what we do.

But precisely because the Christian story is so much bigger than “Jesus died so God could forgive our sins,” those whose job is not preaching can be transformational agents of God’s agenda for the world by doing good in nearly any area of life and work.

At the risk of oversimplifying, I think we can grab hold of the missional agenda for the lives we’ve been given by asking these three questions:

These questions are deceptively simple. They might disclose to us that we have a too-limited view of what God cares about (e.g., the idea that God only really cares about forgiveness of sins).

They might force us to open our eyes to aspects of our work that we would rather, and more profitably, stay blind to: is the entire supply chain free of slave labor from mining/harvesting of raw materials through production, marking, and distribution? is the outcome of this product’s usage an increase in economic disparity? do we keep caffeinated for our work through imbibing beverages cheaply acquired through slave labor?

Wilberforce found an issue, abolition of slave trade and then slavery itself, that resonated deeply with his sense of how God values human life. He labored in a public setting to see that inestimable human value ascribed to all people.

It’s a high bar. But in many ways a simple lesson.

Serve Where You Are

One of the great things about the Wilberforce story is that he did not feel compelled to become a minister.

I often think that one of the greatest mistakes we make in our appropriation of scripture comes in our appropriation of call narratives. Yes, there are a dozen or so really dramatic call narratives in the Bible. For what? Maybe 2,000 years of biblical history. But we will put a dozen people in a room expect all of them to have some special calling from God. We might need to dial it back a bit.

The idea that everyone can choose their profession and change it on a dime is a relatively recent invention of human history. It’s what we call a first world problem.

That doesn’t mean people aren’t sometimes called to do particular things by God (heck, I was specially called by God to be a preacher! [footnote: I’ve never preached more than a half dozen sermons in a year.]). But it does mean that when we begin to imagine what it means to be a faithful citizen of the kingdom of God we should begin that exploration with the places in which we find ourselves already.

That is all of our work. And most people are in better positions to do it than preachers are. That’s the vision cast by Amazing Grace. That’s the missional vision inspired by Lesslie Newbigin. And that’s what we hope the Newbigin Fellows will be equipped to imagine and bring to life over the course of this coming year.