Dave Brubeck’s Time Out : A Conversation (and Concert) with Stephen A.  Crist

Dave Brubeck’s Time Out is one of the most popular and influential jazz albums of all time. Released in 1959, it’s featured track “Take Five,” became the best-selling jazz single in history. Released in 1959, the album featured 7 classic cuts that would reimagine time and music. For his new book, Dave Brubeck’s Time Out, Stephen A. Crist did 10 years of archival research, including interviews with Brubeck himself. He paints a vivid picture of a crucial moment in art and in American history, from Brubeck’s 1958 State Department-sponsored tour of Turkey during which he first encountered the aksak rhythms that would from the basis of “Blue Rondo a la Turk” to the backstage jam session that laid the seeds for “Take Five.” He also tells the story of Brubeck’s refusal to succumb to racist pressures to change the makeup of his integrated quartet, of his engagement in the Civil Rights movement, and his work as an artist writing music to champion human rights and promote racial harmony. 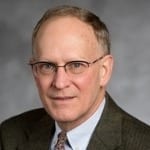 Stephen A. Crist is Professor of Music History at Emory University. His research has focused on European music of the sixteenth through eighteenth centuries, especially the vocal music of J.S. Bach.  He recent scholarship has also focused on jazz, especially the music of Dave Brubeck and Miles Davis.

This event is jointly sponsored by Newbigin House of Studies and City Church San Francisco in partnership with St. John the Evangelist Episcopal Church. 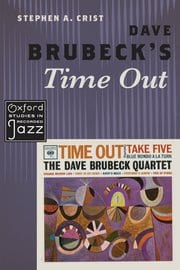