Paul Weston lectures in mission studies and homiletics at Ridley Hall, Cambridge and is an affiliated lecturer in the Cambridge University Divinity Faculty. He is a graduate of Cambridge University, and has research degrees from the  Council of National Academic Awards (MPhil), and King’s College, London (PhD).
Paul’s PhD was on Lesslie Newbigin’s missionary engagement with Western culture, and he has written widely on his work.  He is editor of Lesslie Newbigin, Missionary Theologian: A Reader (SPCK/Eerdmans, 2006),  Faith in a Changing World (St Paul’s Theological Centre, 2012), and co-editor with Mark Laing of  Theology in Missionary Perspective: Lesslie Newbigin’s Legacy (Wipf & Stock, 2012). His most recent book (co-written with David Male) is The Word’s Out: Speaking the Gospel Today (Bible Reading Fellowship, 2013).
Paul enjoys reading, climbing in the Alps, mountain and landscape photography, and most kinds of music (especially classical and jazz). Married to Ginny, he has two grown-up children, and possesses a sense of humour that is slightly on the dry side.

Scot Sherman is the executive director of Newbigin House of Studies in San Francisco, a member of the Newbigin Faculty at Western Theological Seminary in Holland, Michigan, and Teaching Pastor at City Church San Francisco.  He teaches courses in Systematic Theology, Urban Ministry and Missional Liturgics and oversees the Newbigin Fellows leadership program at City Church. He is a graduate of Westminster Theological Seminary (M.Div.), Princeton Theological Seminary (Th.M), and the University of Wales (Ph.D).
Scot was one of the original pastors of Redeemer Presbyterian Church in Manhattan, planted the Village Church in Greenwich Village, and later served as the Pastor of Intown Community Church in Atlanta.  His doctoral dissertation focused on the early ecumenical influence of Lesslie Newbigin.  He currently chairs the Worship Commission of the Reformed Church in America (RCA), as well as the leadership development team for the City Classis, a ministry committed to launching and growing healthy churches in global cities.  Scot lives with his wife of 22 years, Catherine, and they have four sons.  He loves opera, detective fiction, playing the piano, and goes wine-tasting as often as possible.

Mike Goheen holds an M.A. from Westminster Theological Seminary and a Ph.D. from the University of Utrecht, Netherlands.  He has written many books and articles including A Light to the Nations: The Missional Church in the Biblical Story (Baker, 2011) and The Drama of Scripture: Finding Our Place in the Biblical Story (Baker, 2004).Mike is currently teaching at Calvin Theological Seminary and working with the Surge Network of Churches in Phoenix, Arizona in joint partnership with Newbigin House.
Mike lives with his wife of 33 years, Marnie, in Burnaby, British Columbia, and has four married adult children and four grandchildren. His favorite activity is playing with his grandchildren and working out daily to keep up the stamina to do so!

Jenny Taylor is Director of Lapido Media, which seeks to advance religious literacy in the media. She holds a doctorate from SOAS, London, on  Islam and secularization. She is a media professional, academic and writer, and an expert on the connection between faith and culture, on which she  has addressed UK parliamentary and Commonwealth gatherings. With  Lamin Sanneh she co-wrote Newbigin’s posthumously published book on the relationship between Christianity and Islam in Britain (entitled Faith and Power, 1998).

N. T. Wright is professor of New Testament and Early Christianity at University of St. Andrews Scotland and one of the world’s leading Bible scholars. He is a regular broadcaster on radio and television.  He has taught New Testament studies at Cambridge, McGill, and Oxford universities, and has served as a Bishop in the Church of England.  He is the author of over sixty books, including the newly released Paul and the Faithfulness of God: Christian Origins and the Question of God (Fortress Press, 2013) and The Case for the Psalms: Why They Are Essential (HarperOne, 2013).

Dave Male is a Tutor in Pioneer Mission Training and the Director of the Centre for Pioneer Learning at Ridley Hall. David oversees the training of all Ordained Pioneer Ministers (OPMs) at Ridley, helping them to develop practical and theological skills for pioneering.
[/tab]
[tab title=”Resources”]
[soundcloud url=”https://api.soundcloud.com/playlists/131523808″ params=”color=ff5500&auto_play=false&hide_related=false&show_comments=true&show_user=true&show_reposts=false” width=”100%” height=”450″ iframe=”true”]
[gap height=”30px”] 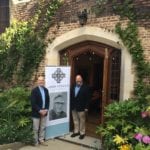 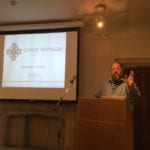 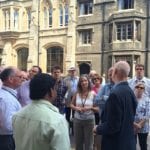 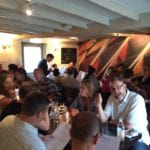 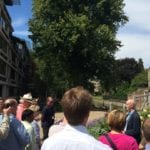 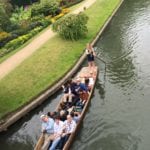 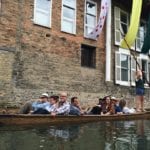 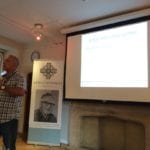 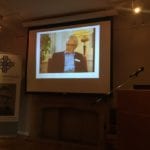 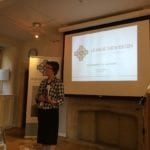 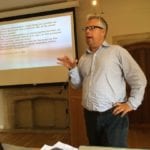 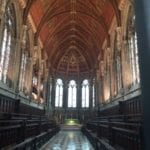 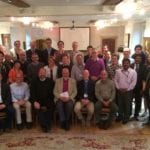 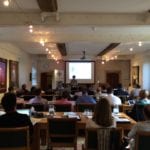 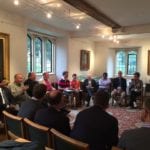 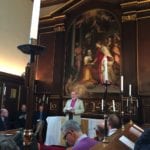 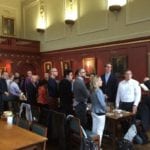